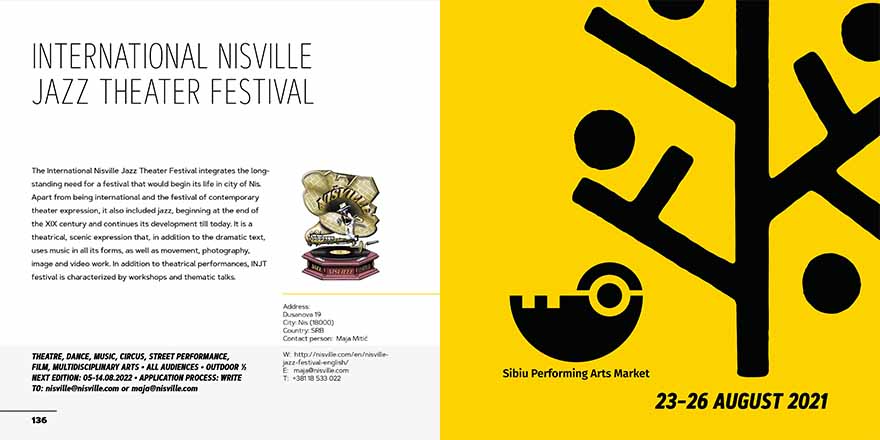 20h From the entrance of the Nis Fortress to the Amphitheater

19h and 20h Byzantine streets near Saloon 77 in the Fortress

I have a talent

The modern expression of the Theater in the 21st century uses all the techniques that have been developed over time.

No manuscript excludes the other, and only the combined ones can give a complete form that corresponds to the viewers at the current moment.

The Nisville Theater Festival nurtures and affirms all forms and expressions of theatrical art whose strong connection you can find with music. The idea was born and grew up in Nis at the jazz festival, as its most natural sequence of events – the Theater that jazz and always reaches us.

In addition to theatrical performances, this segment of the festival is characterized by both workshops and thematic talks.

Tickets are not required for this program.