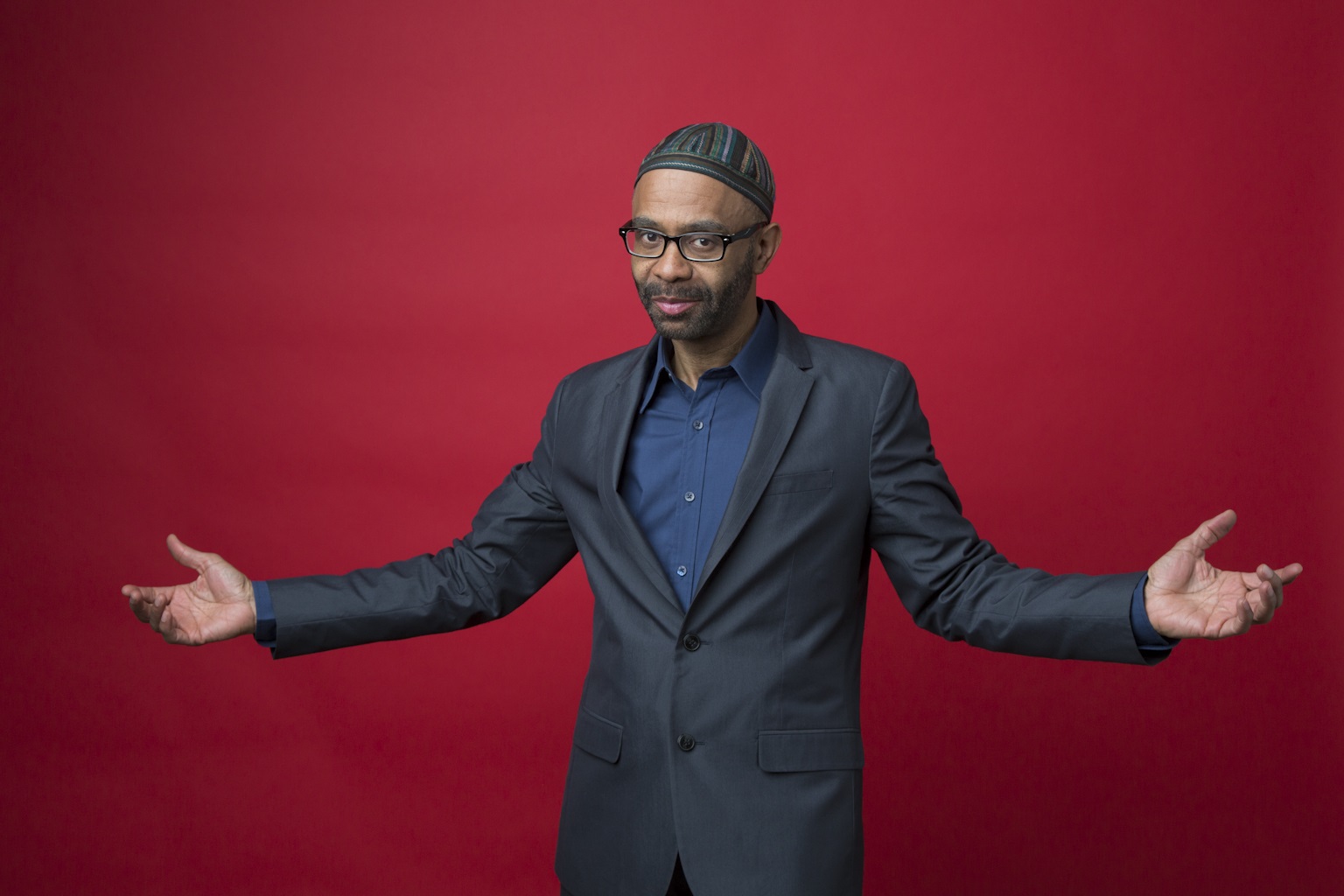 The amazing saxophonist is coming in Serbia
Kenny Garrett at Nisville 2018!


Saxophonist, flutist, composer and arranger Kenny Garrett, a five-time GRAMMY
Award-nominee and 2010 GRAMMY Award-winner (as a member of Chick Corea’s
and John McLaughlin’s co-led Five Peace Band), and the recipient of an Honorary
Doctorate from Berklee College of Music in 2011 is going to perform wit his quartet
at Nisville 2018, at August 9 the .
His distinguished credits extend from starting with the
Duke Ellington Orchestra (under son Mercer Ellington) to Freddie Hubbard,
Woody Shaw, Donald Byrd and Miles Davis (with whom he ascended to
international stardom); to contemporary stars Marcus Miller, Sting, Meshell
Ndegeocello, Q-Tip and funkateers Cameo. Kenny Garrett was born in Detroit, Michigan, on October 9, 1960; he is a 1978 graduate
of Mackenzie High School. His father was a carpenter who played tenor saxophone as a
hobby. Garrett’s own career as a saxophonist took off when he joined the Duke Ellington
Orchestra in 1978, then led by Duke’s son, Mercer Ellington. A few years later he
performed in the Mel Lewis Orchestra, playing the music of Thad Jones, and also the
Dannie Richmond Quartet, focusing on Charles Mingus’s music. In 1984, he recorded his first album as a bandleader, Introducing Kenny Garrett, on the
CrissCross label. He then recorded two albums with Atlantic Records: Prisoner of Love
and African Exchange Student. Since 1990 the majority of Garrett albums are co-
produced by pianist/composer Donald Brown Garrett signed to the Warner Bros. Records
label, and beginning with Black Hope in 1992, he has continued to record with them.
Among his recordings on Warner Bros. are Pursuance: The Music of John Coltrane,
recorded in 1996, and Songbook, his first album made up entirely of his own
compositions, recorded in 1997 and nominated for a Grammy Award. During his career,
Garrett has performed and recorded with many jazz greats such as Miles Davis, Art
Blakey, Joe Henderson, Brad Mehldau, Freddie Hubbard, Woody Shaw, McCoy Tyner,
Pharoah Sanders, Brian Blade, Marcus Miller, Chick Corea, John McLaughlin, Herbie
Hancock, Bobby Hutcherson, Ron Carter, Elvin Jones, and Mulgrew Miller. Garrett’s
music sometimes exhibits Asian influences, an aspect which is especially prevalent in his
2006 Grammy-nominated recording, Beyond the Wall.


Garrett is best known in many circles for the five years he spent playing with Miles Davis
during Davis’;s electric period, and has stated that he has become accustomed to this
association:
I was in Miles band for about five years. I think that tag will always be there. That is five
years of my life. That’s the only musical situation that I was there longer than a year. It
was a good five years. I have gotten used to that. Some people became aware of me
through Miles and then they would come to my concerts. I think that is part of my history
and I am proud of that. I am still trying to carve out my own name and my own music. I
just look at it as a part of history and it is going to be there. Every time they mention
Kenny Garrett, there will probably be some association with Miles Davis, but at the same
time, when they mention Herbie Hancock, they always mention Miles Davis, or Wayne
Shorter. You get used to it after a while. (allaboutjazz.com) Garrett’s live album Sketches of MD: Live at the Iridium, featuring Pharoah Sanders, was released on September 23, 2008. On his website, KennyGarrett.com he stated that his band at the time consisted of electric bass and organ. Garrett performed in a world tour in 2008–2009 with Corea, McLaughlin, Christian
McBride and Blade/Vinnie Colaiuta as the "Five Peace Band". The CD Five Peace Band – Live won a Grammy Award in 2010. In 2011, Garrett was presented with an Honorary Doctorate in Music from Berklee College of Music, Boston, Massachusetts. Garrett also was the Commencement Speaker for graduates.


In 2012, Garrett received a Soul Train Award nomination for his 2012 studio album Seeds
from the Underground in the Best Traditional Jazz Artist/Group category. Also in 2012,
Grammy nominations for Seeds from the Underground followed in the Best Jazz
Instrumental Album and Best Improvised Jazz Solo categories, and Seeds From The
Underground received an NAACP Image Award nomination in the Outstanding Jazz
Album category. In 2013, Garrett won an Echo Award in the Saxophonist of the Year
Category.


On September 17, 2013, Garrett released his second studio album for Mack Avenue
Records, Pushing the World Away. The album received a Grammy nomination in the Best
Jazz Instrumental Album category that year. Garrett also won the 2013 Down Beat
Readers Poll for the second consecutive year, which brought his total number of wins in
the alto saxophone category to 8.


More than any other artist in traditional jazz today, saxophonist/composer/arranger
Kenny Garrett and his band are known to entice audiences to want to get up and groove.
Be it in Spain where a man from Cameroon leaped up and broke out some African moves
then was joined by a young break-dancer, or in Germany where a clearly classically
trained ballet dancer was brought to his feet; in Poland where a fan literally jumped from
the balcony onto the stage to dance, or at a festival in Barbados where music lovers got on
up and grooved in the rain to " Happy People," the spectacle is always the same: the spirit
takes over and the movements come naturally. It is this spirit that Garrett has instigated
and witnessed from stages around the world that fill Do Your Dance!–the saxophonist's
fourth for Mack Avenue Records.


" I look out and see people waiting for the songs that they can party to and express
Themselves, confirms Garrett, the nine-time winner of DownBeat Readers Poll for Alto
Saxophonist of the Year. Do Your Dance! was inspired by audiences moved to rise from
their seats and lift a foot! Some are reluctant to participate because they think that others
are better than they are. I tell them, Do your dance. That means even if you have to stay
Pocket, do the Funky Four Corners or the Nae-Nae, don’t worry about what the other
person is doing. Let it all hang out and do your dance! On the title track, we combine the
spirit of a `70s-style beach get down with just a touch of hip-hop-ever in search of the
link between the two. I had it playing while I was talking to my daughter on FaceTime.
When it got to the end with that new vibe, she smiled and I thought, Uh huh–gotcha!
Do Your Dance! is a travelogue of rhythm from the melodic lilt of Calypso Chant and the soothing, Brazil-inspired Bossa to the summer barbecue spirit of Backyard
Groove and Philly. Garrett elaborates, Philly was inspired by people at an outdoor
festival we played down the street from Temple University. That older generation was
going in–dancing to hard bop, funkafied fire and calypso…anything we threw at them!
That’s how people used to dance to jazz.


It was an inspiration in a liquefied form that resulted in the novel " Wheatgrass Shot
(Straight to the Head)," one of two tracks featuring rapper Mista Enz (Donald Brown,
Jr.) of Knoxville, Tennessee. Recalling the tunes circuitous origin, Garrett explains, A
nurse friend told me about the health benefits of wheatgrass. You can cut it with honey or
fruit juice but I took it straight to the head, and the bitterness sent my body into
contortions (another form of dance). Later, I was at the piano messing with this minor 2nd
interval. I recognized it as a musical metaphor for that wheatgrass going upside my head!
As the music took shape, I felt it needed a rap. Garrett reached out to several sources,
then co-producer Donald Brown gently intervened, offering, My son raps. Enter Mista
Enz. The first track Kenny emailed me sounded like they turned on a tape recorder mid-
a session," Enz confesses. I thought it was gonna be impossible to write to, but it was an
honor for Kenny to consider me, so I had to make it work. I didn’t have time to try the
wheatgrass, so I typed it in on the Internet. Kenny told me the effect it had on him was
like a shot to the brain. I equated that to euphoria…the way a woman makes you feel. I
did part of it freestyle and part of it written to stay on subject. Kenny called back and said
it was exactly what he was looking for.
Rounding out Do Your Dance! are " Persian Steps (built from the ground up with just
Ronald Bruner, Jr. on drums and Garrett on piano, later adding flute, a chant and Shruti
box-an Indian accordion he discovered in Germany) and Chasing the Wind (Garrett
composing a piece at top speed in the tradition of bop standards that jazz musicians
challenge themselves with by playing at a triple time). Garrett dedicated Waltz (3 Sisters)
to his fairer siblings. My sisters have always been my support system in every way.
Wherever I show up, they are the first ones there. Sometimes you take it for granted
because that’s family…but it doesn’t have to be that way. So I wrote one for them.
Aside from Bruner–who, since gigging with Garrett, has played with artists from Stevie
Wonder to Kamasi Washington–the saxophonist is joined by another drummer,
McClenty Hunter, who was first documented with Garrett on his last album, Pushing the


World Away. Also returning from the previous album is bassist Corcoran Holt whom
Garrett first encountered four years ago at Blues Alley in DC.
Percussionist Rudy Bird goes back with Garrett to a 1983 tour of Sophisticated Ladies,
and has since played with Michael Jackson and Lauryn Hill. Then there’s notoriously
obtuse pianist Vernell Brown, Jr. who has played with the saxophonist since 2002s
Happy People and its follow-up Standard of Language. Finally, there is Garretts
longtime co-producer Donald Brown, an old friend from days when, as a pianist, he
shared the bandstand in Art Blakeys Jazz Messengers, and his right-hand man on sessions
off and on since Garretts highest Billboard Jazz chart-topper to date, African Exchange
Student, in 1990.
Its been a whirlwind, Garrett concludes. Records and concerts are about me taking
people on the ride I want to take them on. It can be pretty ballads, some intensity, and
then we can party! When they leave, I hope they feel like we took them on a journey. And
when they come back to see us or put that CD in the player years later, I hope people have
a deeper perspective on the music than the first time.

one of the most admired alto saxophonists in jazz…

He may play in the roaring language of Coltrane, but if there’s
a currently-active alto player who brings Birds verve and
animation to the table, its Kenny Garrett. – Village Voice