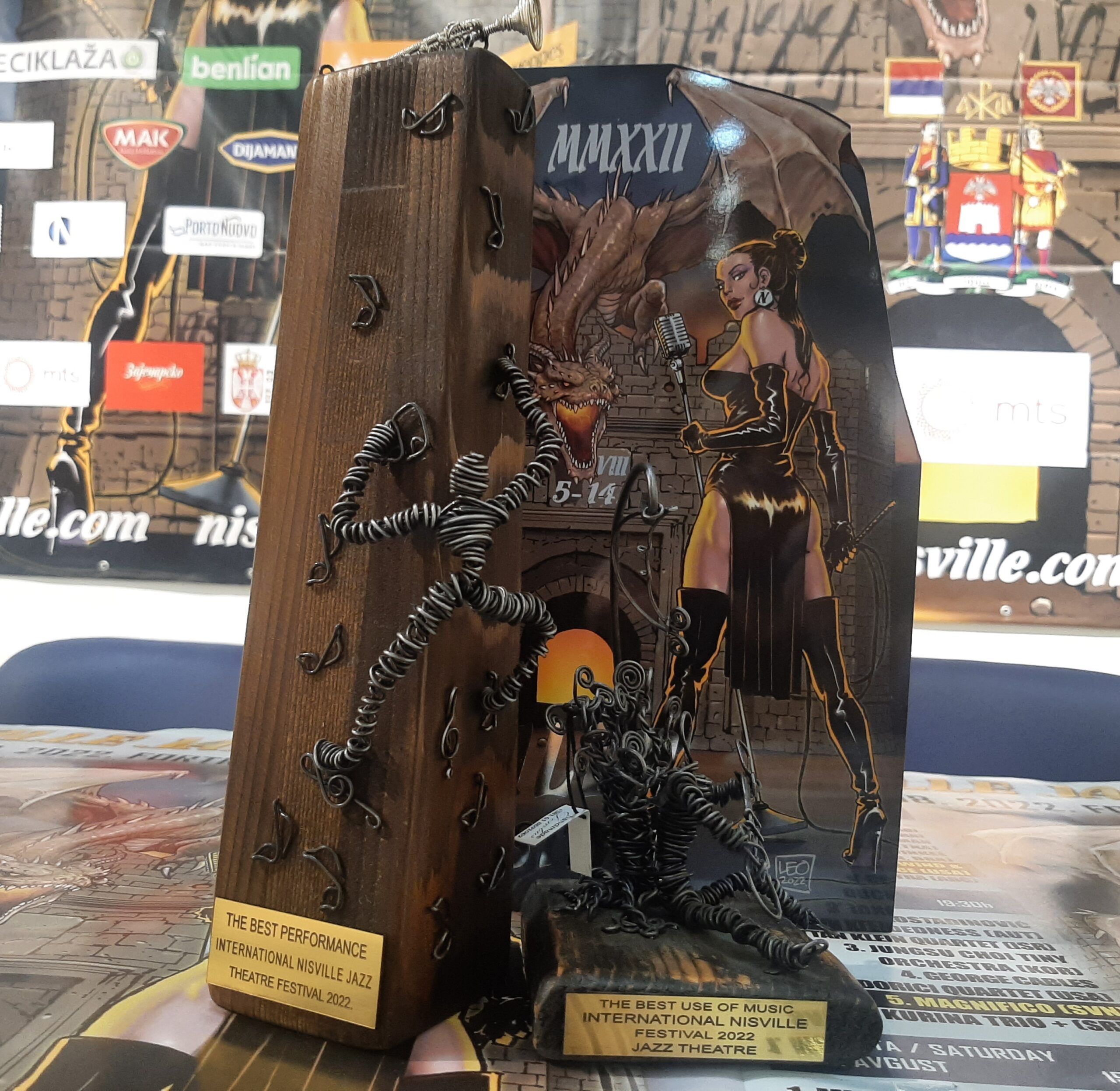 It’s been a very positive experience witnessing the program of this year’s International Nisville Jazz Theatre Festival. What we saw in eight performances was very diverse in many ways and it was exciting to witness some outstanding emerging talent. There was also some strong work from established artists. All this was performed in the various atmospheric settings of the city’s specific sites.

The jury decided that the award for the best show should go to “Balkan Bordello” by Jeton Neziraj, directed by Blerta Neziraj (La MaMa New York in assotiation with Atelje 212, My Balkans and Qendra multimedia).

This show based on Aeschylus trilogy The Oresteia in its dramaturgy also captures the contemporary moment in the history of Europe, especially in the Balkans, where recent wars left serious consequences. The show represents the outstanding work of artists who managed not only to tell the story, but to invite us deep into the world of clashes between parents and children, men and woman, mighty and common people, East and West… All the production elements are very well balanced and led by brilliant, truthful acting.

The award for best use of music should go to “Darkness Remix” by Jordan Simonov (MKC Skopje: Organizacijata, Republic of North Macedonia).

This show is a highly original piece that employs elements of rap music juxtaposed with traditional Macedonian vocal style. It produced both beautiful and dynamic moments creating a kind of hip hop opera, evoking strong emotions.

Special mention should go to Scooootch! By Amelie Poirier (Les Nouveax Ballets du Nord – Pas de Calais Lille, France) for the skillful and playful use of music and sound which is organically incorporated into the performance.