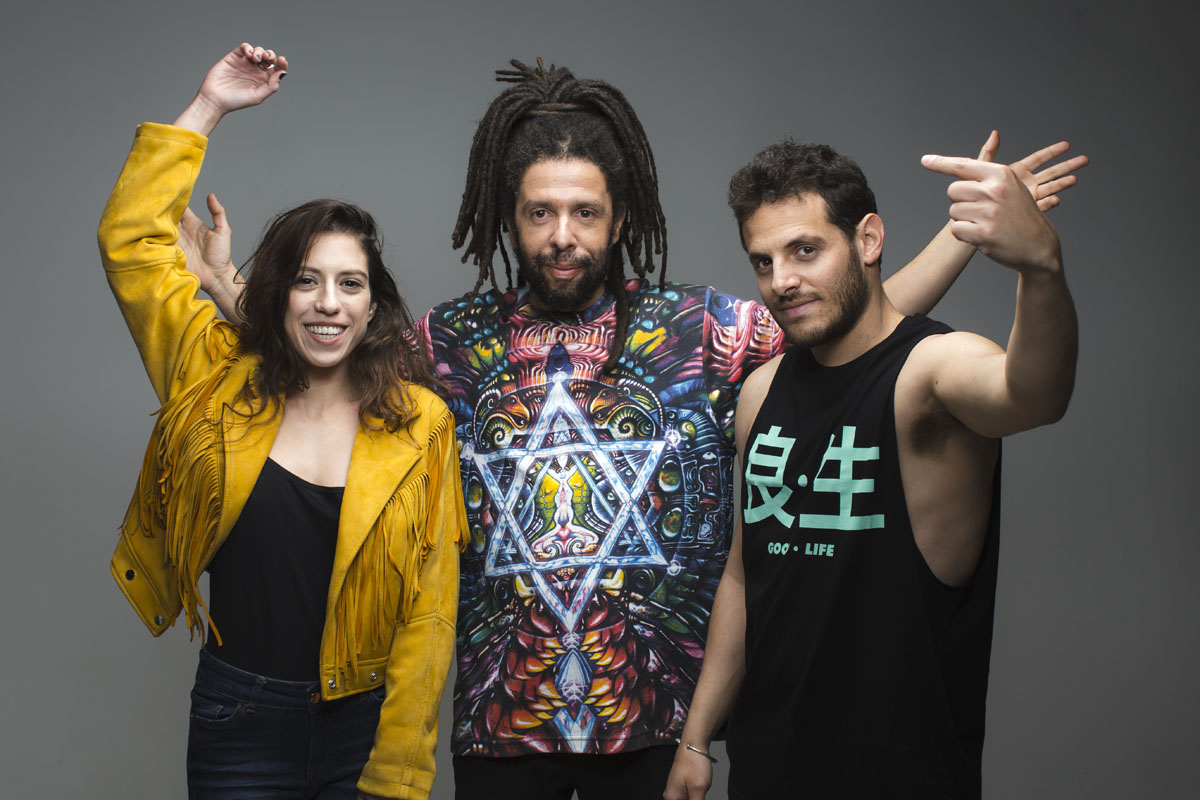 Yossi Fine, Bass master producer, one of the most well known musicians and producers in the world today. Grammy nominated, Produced over 40 albums around the world, reaching 20 gold and multi-platinum albums. Yossi has produced, recorded and played with David Bowie, Lou Reed, Gil Evans Orchestra, Vieux Farka Toure and many more. Yossi plays bass and a special guitar he built, playing traditional songs and hits from the blue desert. Completing the band’s sound is Sharon Mansur on Synth-Bass and Keyboards, the princess of the Middle-Eastern keyboards. Sharon is at the forefront of the emerging new Middle-Eastern music style.

In 2018 the band released their debut album – BLUE DESERT

Formed in 2015, gaining the reputation of

72 shows a year, weddings and festivals

Come together on the dance floor

Representing the region of Israel and Palestine

Dabke music with Fresh mix of Dub, Gnawa and Trance

From the hills of Jerusalem, to the dunes of the Sahara

In a Bass heavy 4X4 drive

takes the crowd into the deep dunes and oasis of the Blue Desert.

“It is the opportunity to create something new that drives me”